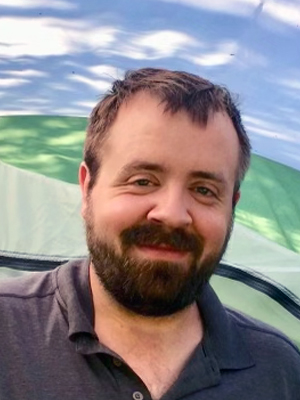 Assistant Professor Ben Clark is a Technical Director and Project Manager. Immediately before joining the School, Ben was the Technical Director for the world premier, resident circus show Dear San Francisco at the newly reimagined Club Fugazi in San Francisco’s North Beach. Prior to that, Ben worked as a Project Manager for ShowMotion Inc., where he focused on the technical design and installation of automated effects for Broadway shows, including the revivals of Angels in America and Company, as well as Beetlejuice, Tootsie, The Ferryman, Flying Over Sunset and 20+ other shows. He also worked on National Broadway Tours, Off-Broadway and Regional shows, as well as permanent install projects and special events like YouTube’s Brandcast at Radio City Music Hall.

Ben continues to work professionally on shows, ranging from NBC’s national primetime broadcast of Annie Live! to the automation for The Public’s 60th season of Shakespeare in the Park (Richard III and As You Like It) to Broadway projects including Thoughts of a Colored Man, Some Like It Hot, Bob Fosse’s Dancin’ and The Life of Pi. He is also active in the San Diego area, recently designing the turntable drive machine for La Jolla Playhouse’s Lempicka. Ben also operates a technical services and consulting company, providing production solutions for the performing arts and live entertainment.

He is the author of Tips and Tricks of the Stagehand, a modern take on stagecraft. Because a book like Tips and Tricks is born from a community, a portion of each sale is donated back to that community through the Behind The Scenes charity, where Ben was proud to become the first Individual Pledge-of-Support Partner.

A.B. in History from Harvard University.