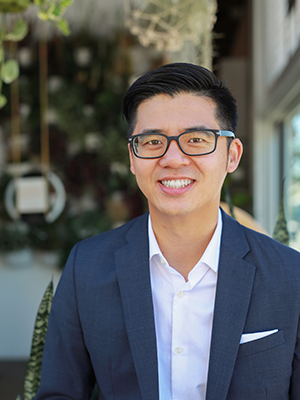 Brian Hu is Associate Professor of critical studies in the area of Television, Film and New Media at SDSU. His research interests include Chinese-language cinemas, Asian American media, stardom, and global film cultures. He is the author of Worldly Desires: Cosmopolitanism and Cinema in Hong Kong and Taiwan (Edinburgh University Press) and has published in Screen, Film Quarterly, Velvet Light Trap, and other journals. In 2017, he co-edited (with Vincent Pham) an "In Focus" section on Asian American film and media for Cinema Journal, and in 2020, he co-edited (with B. Ruby Rich) a special dossier on Asian American film history for Film Quarterly, for which he is also a contributing editor. In 2021, Hu won the University Film and Video Association Teaching Award in the junior faculty category.

Hu is the Artistic Director of the San Diego Asian Film Festival, for which he has curated retrospectives ranging from Vietnamese American cinema, to queer Taiwan cinema, to the works of Malaysian director Yasmin Ahmad. He has also curated programs for the UCLA Film & Television Archive and the Criterion Channel.

Hu earned his PhD in Cinema and Media Studies from the University of California, Los Angeles.