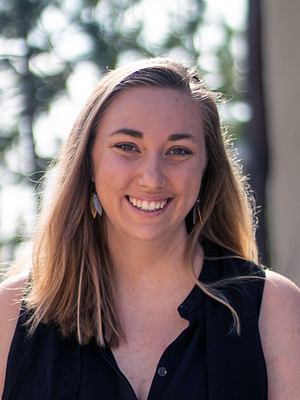 Brooke is a lecturer in the Design and Technology program in SDSU's School of Theatre, Television, and Film. As a costume designer based out of San Diego, she has designed at professional and educational venues throughout Southern California including: The Old Globe/University of San Diego Shiley M.F.A. Program, Diversionary Theatre, MOXIE, California Lutheran University, and East West Players. She has also spent several years working as a Costume Design Assistant at the Santa Fe Opera, as well as the Assistant to the Costume Director at the San Diego Opera. Brooke joined the faculty at SDSU in the fall of 2021, and continues to teach courses in Costume Design, Costume Technology, and Rendering. She also advises several M.F.A. Costume students on realized productions throughout the season. She received her M.F.A. from San Diego State University in Costume Design & Technology, and B.A.s in Technical Theater and Sociology from California Lutheran University. She was also the 2020 recipient of USITT's Zelma H. Weisfeld Award in Costume Design and Technology.