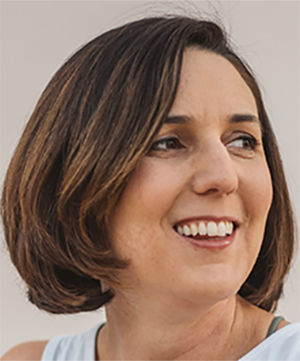 Dr. Turner began as lecturer at SDSU in 2017. She teaches various Theatre Arts courses in both the Undergraduate and Master’s programs. She is a scholar-practitioner, dedicated to academic research and theatrical production. Katie received her PhD from the University of California in Irvine in 2016, where she specialized in American Theatre and completed a dramaturgy emphasis. She also holds a Master of Arts degree in Theatre from California State University in Northridge and a Bachelor of Arts degree in Theatre and Philosophy from Fort Lewis College. She is excited to add Theatre Arts Adviser and Internship Coordinator to her role here in the School of Theatre, Television, and Film.

Katie has been an active part of the San Diego theatre scene since her arrival in 2008. She has worked for such companies as The Old Globe (electrics), Ion Theatre (stage management), and Cygnet Theatre (electrics). From 2011-2015, she served as the Founding Artistic Director and Technical Director of Clairemont Act One Community Theatre. Katie is an accomplished teacher and performer of comedic improvisation, and has recently offered workshops for the Veterans Museum at Balboa Park and Turning Point Women’s Recovery Home, where she will be teaching again this summer. Her most recent production credit is as Co-Producer and Dramaturge for Oracle Performing Art’s inaugural production of Fefu and Her Friends by Maria Irene Fornés (May 2018).

Katie’s scholarship focuses on representations of women in American Theatre. Her dissertation, Damsels in Distress: Theatre, Anxiety, and the Feminine, takes a close look at the relationship between female characters in melodrama and American social anxieties in the 19th century. Most recently, Katie is developing work on the dramaturgy of puppetry and performing objects. She is also beginning a project looking at female self-representation in one-woman shows.