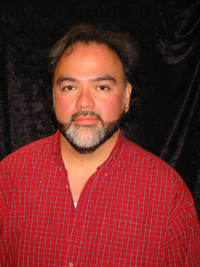 Peter James Cirino, Associate Professor is the Performance area Head for the School of Theatre, Television and Film.

Peter has started two theatre companies locally. The Collective Multi-Cultural Theatre and TuYo Theatre a Latinx commons. Peter restarted and reconfigured the Asian American Repertory Theatre. AART was invited to be in residence at the La Jolla Playhouse for two productions. Peter created a curriculum for the Old Globe’s Meta program which was implemented throughout the the San Diego school system. Peter has worked International in developing and touring SDSU productions to Mexico City, Vera Cruz and Oaxaca. The productions would be created by the SDSU students from personal narratives that were collected by the previous years students in Mexico.

In collaboration with University of San Diego and University of California at San Diego, he created the Community Theatre Project, which is a service-learning component of the curriculum at SDSU. This project also included UCSD students. SDSU students would collect stories by running workshops at various locations throughout the county (such as Monarch School and Door of Hope). From these workshops the stories collected would be written into plays by the USD students, directed by the UCSD students and performed by the SDSU students.

He has created courses on Diversity and in the PSFA Minor (Media Arts and Technology). In these courses he worked with student population of both graduate and under graduate. Peter has also grown an Introduction course for TTF to and continued to develop the International Film course. Peter has also developed two courses that prepare the actor/actress for a professional career. Along with a Stand Up comedy and Sketch comedy course.